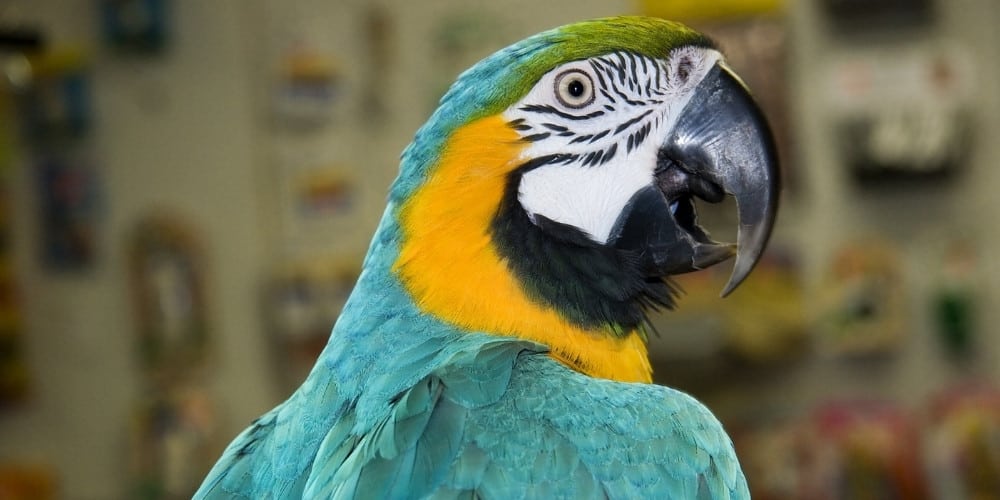 Macaws are some of the largest and most gorgeous parrots kept as pets. They also happen to be some of the most expensive. Their fun and talkative personalities come at a hefty price.

If you’re thinking about getting a pet macaw, you’ll need to make sure that you have enough money to buy the bird itself as well as to pay for the recurring costs associated with upkeep.

How much does a macaw cost? Macaws cost on average $2,000 plus initial setup costs of around $1,000. Expect a monthly food bill of around $100 as well as a yearly cost of about $200 for vet visits. On average, owning a macaw costs $3,000 as an initial investment plus around $1,800 per year for recurring costs.

*Note that these costs are based on averages described by real macaw owners on pet forums:

We’ll also give a more detailed explanation of cage costs and recurring costs so you’ll be able to set a budget before you make the final decision to purchase a pet macaw.

Average Prices for a Macaw: What To Expect

Macaws are the most expensive parrots you can buy, and they’re also some of the largest and most beautiful.

We’ll go through the five most common macaw species and how much they cost here.

These prices are based on averages found on pet sale websites and forums, but prices can vary widely based on the age of the parrot and if it is sold alone or as a bonded pair.

While checking out the following average prices, bear in mind that the prices given only reflect the actual cost of the bird itself.

You may need to pay to have the bird shipped. According to Rita Groszmann and Mark Saunders of Avian Adventures Aviary:

Shipping costs typically range from $75-$200, depending on the airline, and there may be additional fees for required health certificates and carriers.

Also be aware that if you would like to know the sex of your bird prior to purchase, be prepared to pay an additional $50 on average for DNA testing. 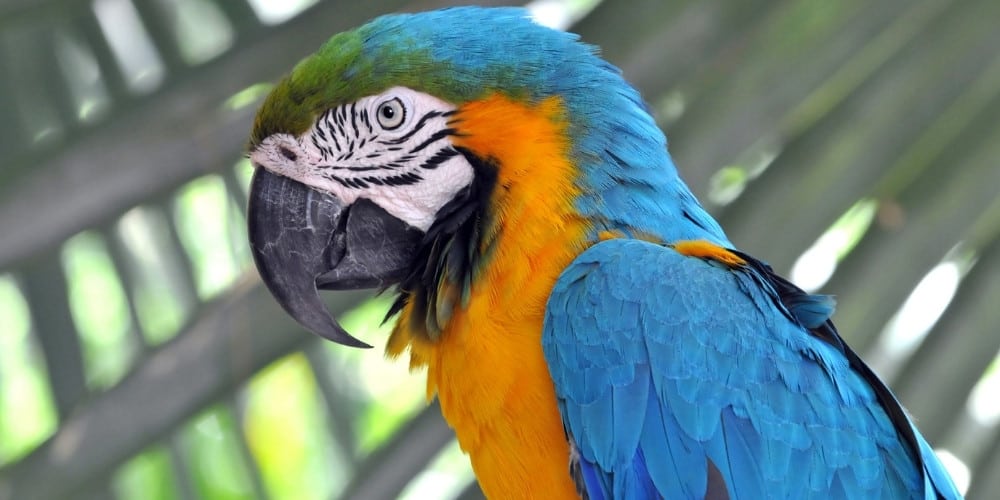 Also known as the blue and yellow macaw, these gorgeous birds are on the less expensive end of macaw species, as they are more common.

These are large macaws that are relatively easy to breed. They need to be well trained and may be easier to handle when bought after they are tamed. 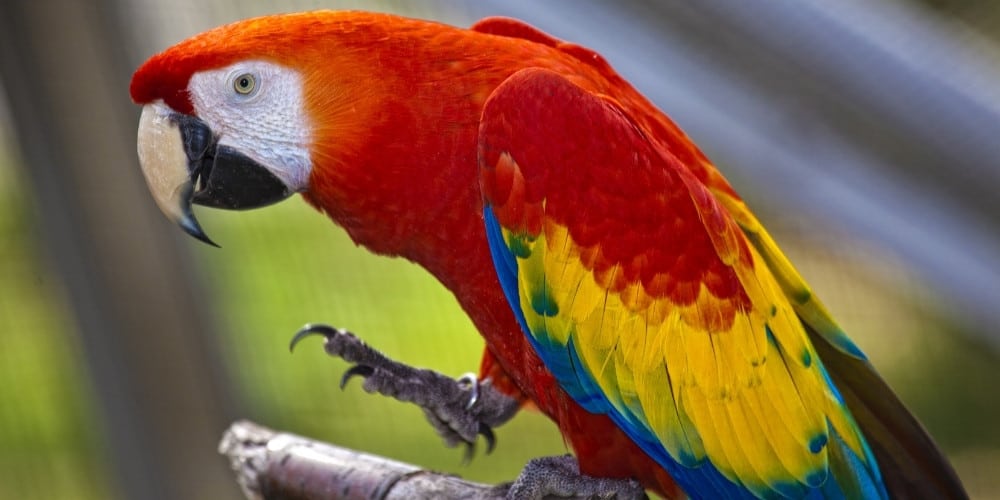 These macaws are known for their beautiful rainbow coloring. They are harder to breed compared to the blue-and-gold macaw, so they are more expensive.

We don’t recommend you get a scarlet macaw if you have dogs or children as they can get nippy, but given the right circumstances, they are entertaining pets to own. 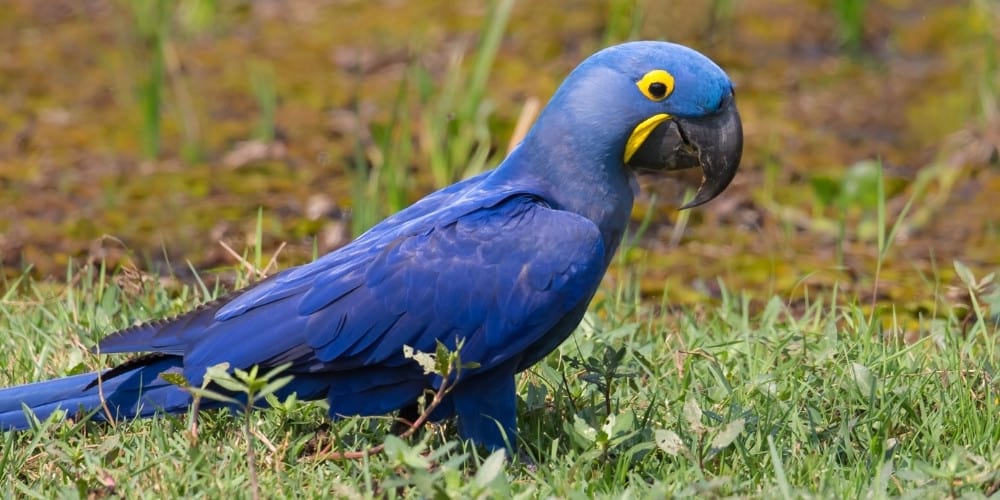 The hyacinth macaw is by far the most expensive parrot you can buy. These giant parrots are more difficult to breed and are considered an endangered species.

However, if you can find one for purchase, they’re known for being very sweet and loving animals. 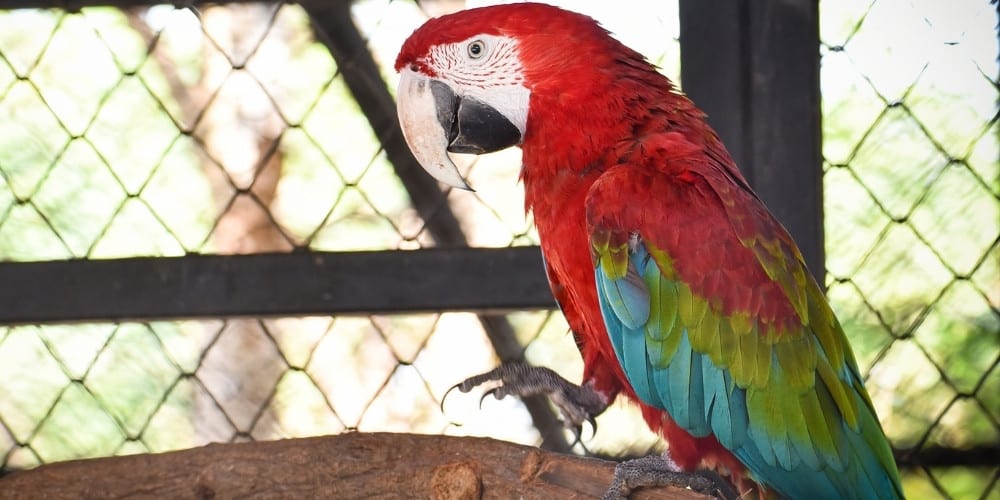 The green wing macaw looks similar to the scarlet macaw but is known for being more gentle and has a larger beak and a band of green feathers on the center of the wings.

The demand for green wing macaws is also slightly lower, so they will sometimes cost a bit less compared to scarlet macaws.

These are a great choice if you’d like a large macaw with a sweet personality. 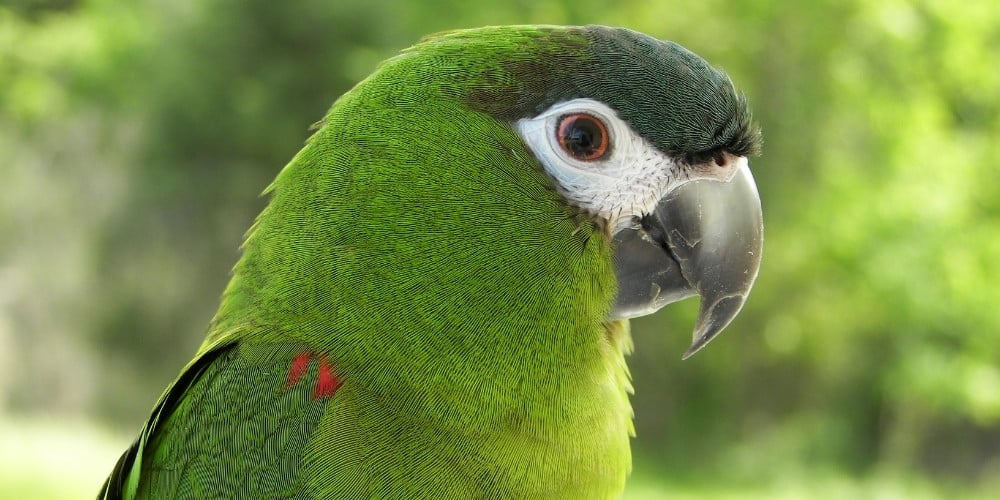 Hahn’s macaws are miniature macaws, so they are significantly smaller than all the other birds on this list. They are much easier to breed so they are cheaper compared to larger macaws.

This is the most popular mini-macaw species and is known for having a fun personality and a great sense of humor.

Costs of Owning a Macaw: What To Expect

Buying the macaw itself will probably be the most expensive cost to consider.

However, there are significant setup costs associated with buying a pet macaw as well as recurring costs to keep your macaw healthy.

We’ll go through all of the costs for cages, food, toys, and veterinarian visits below.

Large macaws like the blue-and-gold and green-winged macaw will need a cage at least 36 inches wide, 48 inches deep, and 60 inches tall with a bar spacing between 1 and 1.5 inches.

In general, the larger the cage you have, the happier your macaw will be because he or she will have more space to play and fly around.

Keep in mind that if you are buying a pair of macaws, you’ll want to buy a larger cage.

You also want to make sure you’re investing in a quality cage. Macaws live a long time, and it’s worth it to buy a cage that will last your macaw’s whole lifetime.

For a quality, adequately sized cage, expect to pay around $500.

Macaws will need to be transported to veterinary appointments regularly, so you’ll also need to purchase a travel cage for your macaw.

Small bird carriers built for cockatiels or parakeets are much too small for macaws, so you’ll need to invest in a larger metal or acrylic travel cage that will fit in your car.

Make sure that whatever carrier you purchase has adequate ventilation and at least one large perch.

You’ll also want to make sure that your macaw can see out of the cage, so acrylic is a great option.

If you’re purchasing a macaw, feeding him or her will be the highest recurring cost.

Macaws need a diet with a mix of pellets, seeds, fruits, and vegetables. You’ll also want to have some treats.

The price will vary based on produce prices in your area. Also, you’ll need to account for about double this if you have two macaws.

Toys are also a recurring cost for macaws as these large birds need toys that they can chew up.

We’d recommend making sure you have at least one or two large wooden chewing block toys hanging in your macaw’s cage.

These will need to be replaced when your macaw chews them up.

Most macaw owners spend between $20 and $50 per month on toys.

Macaws also love to have big play trees, ladders, and of course, perches.

Some cages come with perches, but if they don’t you’ll need to make sure that you purchase a few perches or a large play tree for the inside of the macaw’s cage.

It’s also a good idea to buy perches or play trees for your house so your macaw has somewhere to hang out when outside of the cage.

Extra accessories like perches, ladders, and play trees will cost around $50 to $100 altogether and do not need to be replaced very often.

You’ll need to consider routine veterinarian costs when budgeting for your pet macaw.

When you first get your macaw, you will want to take him or her to the veterinarian for an initial checkup.

After your first visit, you should take your macaw to the vet once a year for a checkup.

Emergency x-rays and surgeries can be very expensive, so it is recommend you keep a reserve of $1,000 to $2,000 for emergency veterinary costs.

If you’d like assistance on vet bills, it’s worth looking into purchasing exotic pet insurance for your macaws.

Pet insurance will cover some of the veterinarian costs and is super helpful for emergency costs. Plans will vary widely based on how insured you’d like to be.

The most basic plans start at $5 per month and can be up to $50 per month.

You should be cleaning food and water bowls daily and cleaning the cage weekly.

An inexpensive bird-safe cleaner goes for about $5.

However, you can also make your own in bulk using ingredients like apple cider vinegar or citrus essential oils.

Is Adopting an Older Macaw an Option? 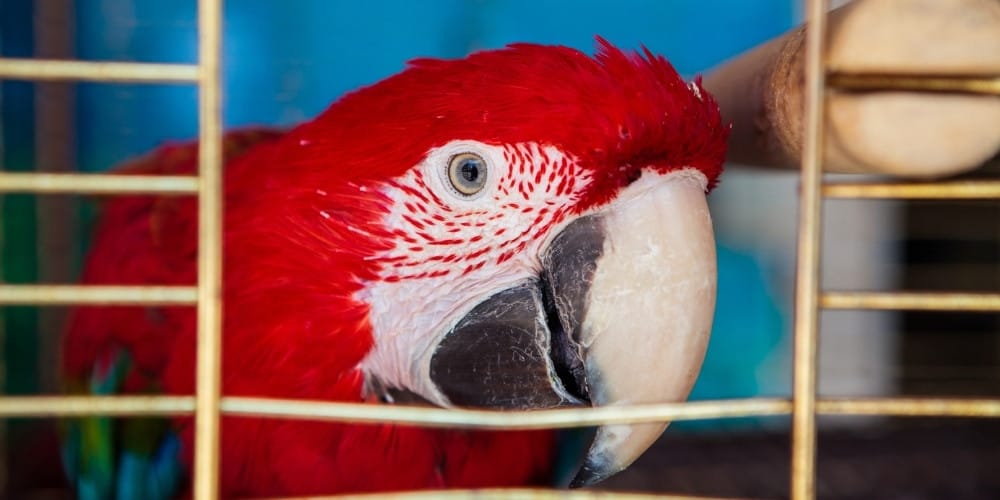 Most first-time bird owners wish to purchase a young macaw from a breeder; however, there are plenty of older macaws out there that need a loving home.

Many people give their macaws away after a few years when they realize that they’re a bit too much work.

Adopting an older macaw is a great option for those who want to give a home to a large bird in need.

How Much Does It Cost To Adopt a Macaw From a Rescue?

Since you are not buying directly from a breeder who makes a profit off of the macaws, the fee you pay at a rescue goes toward taking care of birds at the shelter, so it is usually much cheaper to adopt a macaw than to buy one from a breeder.

Sometimes the macaw will come with a cage, but often you will still have to buy your own cage.

Adult birds have been tamed and have an established personality, so you’ll know if you click with the bird right when you meet him or her.

Adopting an older macaw is also a great option if you’d like a large bird but aren’t sure if you can commit to a bird for a whole 30 to 50 years.

Adopting an older macaw can be a great option for new or experienced bird owners. Do your research and make sure to meet the bird before you decide to adopt it.

You should also make sure you have the comprehensive health history from the adoption agency so you know what specific needs your older bird has.

As long as you’re willing to put in the time to form a close bond with your bird though, adopting an older bird is a great option.

What Is the Life Expectancy for a Macaw?

Macaws in captivity live 30 to 50 years.

If you’re adopting a macaw as a baby, make sure that you have the time and financial security to care for the bird for the next few decades.

What Is the Friendliest Macaw?

The friendliest macaw is the hyacinth macaw. They are known for being gentle giants.

If you would like a friendly macaw but don’t have the budget for a hyacinth, green-winged macaws are also known for being friendly.

They are more affordable and need considerably less space.

What Is the Cheapest Macaw?

The cheapest macaws are hybrid macaws and mini macaws that range from $500-$1,000.

Small macaws like the Hahn’s macaws are a thrifty bargain in comparison to those like the hyacinth.

If you’d like a larger macaw but aren’t willing to pay a hefty price, try adoption instead.

Macaws are gorgeous, friendly, and intelligent creatures that can also be very costly.

However, as long as you budget and make sure you are financially stable enough to own one, they can be great pets.